Where did you study abroad?
London, UK

What was the most exciting thing about this place?
The London Tube (subway system) was the best public metro I’ve ever used in the world. While cars are still relatively prevelant on the London streets, the bulk of the populace uses the Tube to get to work, home and wherever they need to go. And most importantly includes going to my favorite pub, “The Old School Yard”  and grabbing a hearty meat pie and a tall pint of English ale.

Was there anything related to environmental awareness or sustainability worth sharing?
For being one of the largest metropolitan cities in the world, London has some of the best parks and gardens. Having nice and natural areas for recreation and preserving some sense of biodiversity in a major urban center is something expanding cities all around to world can use an example.

Is there one thing that you do in your daily life that can be attributed to sustainability?
I don’t litter (too much)

Why do you think Sustainability or environmental awareness is so important to our generation?
While the consequences of macro environmental issues seem too far off for us to care about (global warming, rising seas, etc) there are many natural wonders that we can preserve right now through increased education and more effective government actions. Taking extra steps to save endangered species and preserving untouched natural areas may seem small and unimportant in the overall scheme of global sustainability, but these small steps will lead to larger leaps towards a more globally sustainable society.

What degree, have you received or are currently seeking?
I have achieved a BA in Business Administration with a focus in Finance from the Foster School of Business at the University of Washington.

If you could travel to one place in the world where would it be, and why?
Singapore. It is a melting pot of different cultures from all over Asia and is a very interesting city. Also since it is unique in the sense that is essentially a modern city-state, it has taken great measures to be one of the most sustainable cities in the world.

Yet another oil rig has exploded in the Gulf of Mexico. This time in Vermillion Bay Louisiana. The explosion occurred around 9:30 am this morning (September 2.) All workers were accounted for. It is still undetermined if oil is leaking due to the explosion. The oil rig is owned by Mariner Energy in Houston. The platform has been producing 1,400 barrels of oil a day.

Here is another fantastic environmental foundation! One, that many people have probably heard of before. Grass Stain has officially become a supporter of the World Wildlife Fund via Social Vibe. With over 45 years of experience in saving the planet, the WWF has been one of the leading conservation organizations. The organization has a broad network with more than 6.2 million members in almost 100 different countries. The World Wildlife Fund has a unique way of combining innovation, collaboration, and research, to promote action on a local and global scale.

“We are committed to reversing the degradation of our planet’s natural environment and to building a future in which human needs are met in harmony with nature. We recognize the critical relevance of human numbers, poverty and consumption patterns to meeting these goals.” Their goal, “By 2020 WWF will conserve 19 of the world’s most important natural places and significantly change global markets to protect the future of nature.”

Some of the major climate projects the WWF is working on consist of progressive research in the Florida Keys, Antarctica, North East Atlantic, and in American Samoa. This scientific data will help aid in a wide variety of issues dealing with coral bleaching, sea surface temperature, and marine wild life vitality.

“Since 2005, DRCC and its agency and NGO partners have produced the Duwamish River Festival at Duwamish Waterway Park. In 2010, as a consortium of groups, we decided to transform the event to reach more families living in the South Park and Georgetown area in advance of the upcoming Superfund public meetings. We hope you will join us for the first Duwamish Community Environmental Health Fair at Concord Elementary, to learn more about how the cleanup and restoration planning will impact human health and the environment.” ~ DRCC

Air/Aire: Air toxics sources and health impacts, and agencies’ efforts to improve the air in the Duwamish valley.

Water/Agua: How to protect rivers and streams from pollution, and learn about safe fishing and Duwamish recreation.

Land/Tierra: Learn about upcoming Superfund T-117 toxic cleanup site and upcoming riverwide cleanup, and how land and river mud will be removed to improve human health and environment.

Wildlife/Fauna: What animals and birds live in the Duwamish river valley? How can we make their habitat better? Why are resident fish and shellfish too polluted for humans to eat?

Healthy Gardening/Huertos Saludables: Anyone can create backyard habitat for birds and wildlife! How to plant a safe, organic garden, lots of giveaways!

Get Involved!/¡Involúcrese! Big cleanup and restoration projects are coming to your neighborhood, and learn how to get involved!

For the past few months I have had the great pleasure of working on a documentary for the Duwamish River Cleanup Coalition. The coalition is a non-profit organization gaining momentum in environmental justice a topic emerging under the environmental umbrella. The EPA defines Environmental Justice as such, “Environmental Justice is the fair treatment and meaningful involvement of all people regardless of race, color, national origin, or income with respect to the development, implementation, and enforcement of environmental laws, regulations, and policies. EPA has this goal for all communities and persons across this Nation. It will be achieved when everyone enjoys the same degree of protection from environmental and health hazards and equal access to the decision-making process to have a healthy environment in which to live, learn, and work.”

The lower Duwamish River is an interesting site for that it is one of the most toxic Superfund sites in the country. Over the years, chemicals and toxins have found their way into the river through drainage systems and water runoff. The neighborhoods along the river have thus become affected. These include the  South Park and Georgetown communities. It is not only a problem for these disadvantaged neighborhoods, the Duwamish River runs directly into Elliott Bay and out to Puget Sound.

Due to environmental regulation a majority of industry along the river has been cleaned up. But, there is still a lot that needs to be done to transform this Superfund site. Major figure heads in the cleanup have been the DRCC (Duwamish River Cleanup Coalition), the Port of Seattle, the Environmental Protection Agency, the City of Seattle, and the National Oceanic and Atmospheric Administration.

The Story of Stuff Illustrates the picture of commodity chains based on our consumer driven culture. It is an eye-opening short film, shedding light on the actual production of the supplies and products we use everyday. The narrator is Annie Leonard, an environmental activists, who has a history in traveling around the world to far off destinations. Her research has driven her to answer one question “Were does all the stuff we buy come from, and where does it all go when we throw it out?” The answer has revealed some astonishing results.

Social Vibe brings together people, charities, and sponsors under one social networking site. It has more than 1 million members boasting the popular slogan, “Get Sponsored, Give Back.”  Individuals can make a positive and measurable impact towards the charity of their cause. Non-profits and foundations such as Surfrider, PETA, Environment, Invisible Children, and Step up 2 Cancer  are teaming up with the public to raise real dollars to make real changes.  Social Vibe is most known for their innovative “Badge” enabled by Myspace, Twitter, Facebook, Blogspot, and WordPress.

"Sadly, not buying organic food is a mistake that you—as a man—can no longer afford to make."

As a kid, I used to love playing outdoors, romping around, digging in the mud, rolling in the grass, and building log cabins out of sticks. You name it and I played it: capture the flag, kickball, soccer, baseball, and basketball. My clothes inevitably became stained with the color of green. They were grass stains, evidence of my playful experiences.

The environment has stained our childhoods with fond memories of play, but we have rudely reciprocated by soaking it with pollutants, chemicals, and toxins. These contaminants have proven to be nasty and difficult to remove. They can be found in the air we breathe, the water we drink, and amongst the landscape we live, work, and play. It is time to get back to our roots and give back to our environment.

Norwegian Philosopher and Deep Ecologist Arne Naess once claimed that, “like humanity, the environment as a whole has the right to live and flourish.” In the Road Trip Nation Manifesto, they state, “As a generation, we need to get back to focusing on individuality…Listen to yourself…Your road is the Open Road.” In Kevin Caroll’s book “Rules of the Red Rubber Ball,” he writes about several life rules. His rule number four is “Prepare to Shine.”

Now more than ever we understand that we live in a global economy and that environmentally we must take care of our Global Commons. What we do with our lives can not only influence our own community but can also have a profound impact on our world. These philosophies, these understandings, are the kinds of insights that help you inspire to imagine that you can be something bigger than you are.

Sustainability, ecological comprehension, becoming aware of Environmental Justice, and green tactics are just some of the ways we can reciprocate. Prepare to flourish, prepare your individuality, and prepare to shine because just as the grass stained my clothes green as a young boy, cities can also be stained ”Green.”

Welcome to GRASS STAIN. Feel free to romp and dig around!

Promote Your Page Too

More than 60 percent of college students today, participate in study abroad programs. We are a generation that has traveled the world. We stay interconnected through a variety of social and technological means. A collection of experiences and impressions of how the international community is dealing with issues of the environment can be seen through the eyes of “My Generation.” Feel free to go global in this featured section above!

Error: Twitter did not respond. Please wait a few minutes and refresh this page. 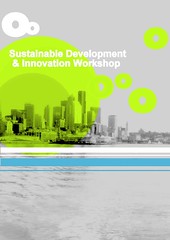